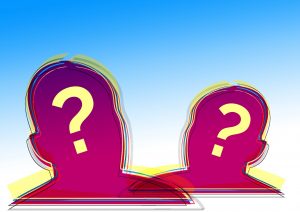 What are some marketers thinking when they do this?

It's as if the Marketing Department had changed its mandate to become The Department of Sales Prevention.

A corporation hired an agency with former IT people, who also know sophisticated persuasion skills and have direct response experience.

The agency delivered an easily-read, persuasive piece, sending a subtle message with the vocabulary used by buyers of this product – who are tech company executives – instead of a general audience.

Months later the piece appeared on the corporation website, bearing little resemblance to anything the agency sent. Instead, it now looks like most digital posts aimed at the general public…

Few will read this boring, poorly written piece, because it looks like everything else floating on an ocean of mediocre content, with which all of us are too familiar. Which leads me to ask...

Sadly, I too am experienced with clients who enjoy turning persuasive storytelling into corporate blandishment that nobody wants to read.

When it happens, I assuage my fragile, hollow eggshell male ego, by telling myself that as long as payment clears the relevant financial institutions, the client bought it and can do with it as they wish.

Yet still I wonder WHY?

Perhaps you know the answer?

If you do, please tell us why in the comments below the LinkedIn version.