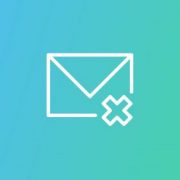 Is it true some people prefer deleting email to sex?

When I wrote for technology publications it seemed I was always traveling to some event.

At a social mixer the evening before one event began, I found myself in a small group, the members of whom were from different continents.

During our conversation a magazine editor from France stunned our little cluster by saying he deleted every email more than six weeks old.

Recognizing the shock on my face (and possibly on others) he explained his reasoning. Paraphrasing from my limited memory…

“Yes, I know you love the email, you want to keep it, it’s such a wonderful email you want to open it up and read it again, and maybe share it. But you won’t. Other things will take over. You’ll get busy, and then you’ll receive other emails that are so good you must save them too. And you’ll never get around to opening and re-reading that glorious email you just HAD to save for later. Now I delete every email older than six weeks. I don’t need them.”

The idea of an empty inbox is appealing, and I admired his ruthlessness. Yet I couldn’t do it. That’s because in previous lives I’ve been both defendant and plaintiff in lawsuits (the former only peripherally that was soon dropped; the latter I won full judgement).

Way back in one previous life – to give you an idea of how long ago, our office was the only one in that city with an experimental invention called a fax machine – an experienced businessman told me, “When you walk into court with file folders containing every note you’ve made about every meeting and telephone call, every memo and relevant piece of paper, all indexed and ready for a judge to examine, the other side gets very nervous.”

Years later when I was about to enter corporate life, a college friend who’s made his career in a couple of household name conglomerates cautioned me: “Keep EVERY email. You never know when somebody’s going to lie about what they said, or try to set you up to take the blame for their mistake. Those emails are your only proof.”

While the idea of erasing ALL email after six weeks didn’t work for me, the French editor’s viewpoint got me paying more attention to how important each email might be to my unknown future.

My single email account at one international publication received at least 200 messages a day. (Many of those were crappy press releases, which is a subject for another article.)

Today with almost a dozen accounts I spend a lot of time on email that has to be read and sorted. Like institutional laundry, the email flow never stops. No matter how much time I spend, I only stay on top of it for a short period. If I don’t get to it for one day the inboxes overflow, threatening to figuratively drown me. That constant threat helps me delete more.

Some time ago I purged email going back to 1997. (Backups might exist on old hard drives, altho interfaces for those drive types might not.)

If I had kept copies of every email sent and received since I began emailing, I might need some of that underground data storage the No Such Agency uses to illegally and unconstitutionally hold every text message and telephone conversation of everyone, everywhere.

Not long ago a new project manager – the third in as many weeks – demanded (yes demanded; not asked for) copies of an email thread. When I looked, it seemed I hadn’t saved that one. Uh oh…

Then I remembered there was no thread; only one email from me, and I hadn’t kept a copy.

And then I remembered that French magazine editor and his rule. Would he have been safe, because it was one week old? Or was he so ruthless he’d have done the same as me, and not kept that lone email?

Solely out of curiosity sparked by this article I checked again. The oldest email to which I still have immediate access is from 2004. It’s a thank you from a reader of my first book, asking if I’ll ever put together a course.

Do I need that email?

Do I want that email?

Well, it’s nice to be appreciated.

Except during the time I’ve been writing this a dozen new emails have arrived that I’ve got to read and sort, plus client content to research and create, and a website to finish, and my other books aren’t writing themselves…